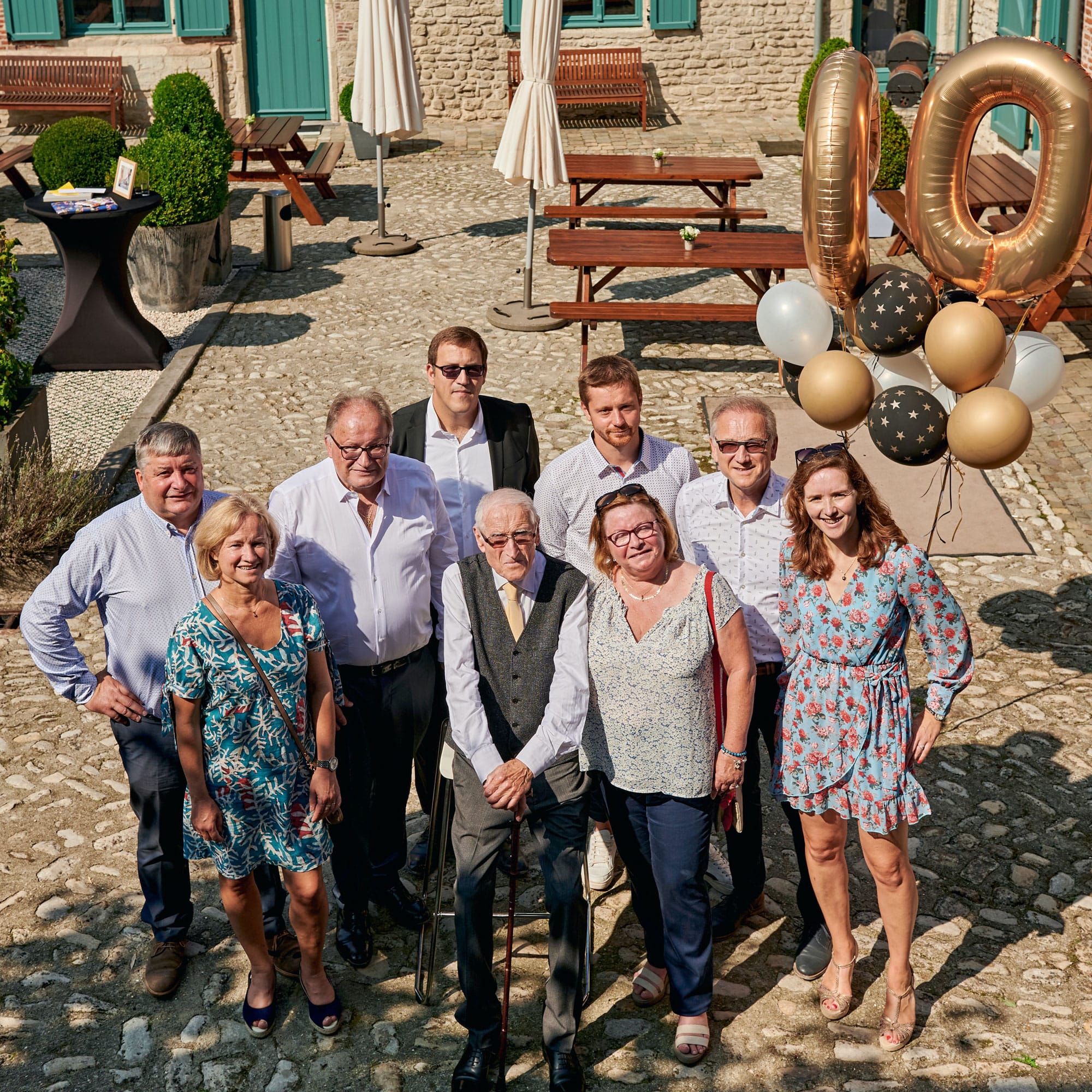 Since 1898, the Crombé family has been shaping stone and making your stone dreams come true.

The Crombé family is passionate about stone. The company is determined to maintain the continuity of its businesses so that it can continue to pass on its know-how and keep this profession of master marble cutters alive.

Today, under the watchful eye of Jean Crombé, representing the 3rd generation, the 4th and 5th generations have been working together for over 10 years. The 6th generation is already underway. So the next generation is well and truly guaranteed!

It has 2 entities which are the Marbrerie Crombé and Carrières de Maffle.

History of the site of Maffle

Carrières de Maffle operates from a production site that has been in existence for almost 130 years.

It all began in 1890, when Isidore Bougard, a fitter in Maffle at the Broquet Quarry (Carrières de la Dendre), joined forces with Charles Gain, his son-in-law, the son of a quarry master in the village of Lens, who was himself an employee, sculptor and surveyor. Together they founded Charles Gain-Bougard’s yards and sawmills. The company was first located north of the railway line and then, in 1897, moved to the Chemin des Anges, now the Rue Joseph Wauters.

Charles Gain-Bougard’s yards and sawmills work with blue stone, mainly stone from Soignies and Ecaussinnes, but also white stone from all sources. They are mainly specialised in carved stone and the creation of funeral monuments. On average, they employ about 30 workers.

The Charles Gain-Bougard yards and sawmills survived the disappearance of the two quarries in Maffle and continued to modernise with high-performance equipment such as sawing machines and a threshold chain. Toute l’activité s’y déroule à ciel ouvert.

In 1993 and 1999, the Charles Gain-Bougard shipyards and sawmills were successively acquired. On 27 July 2000, the Commercial Court of Tournai declared the company bankrupt.

During your visit to the Sawmill, do not hesitate to visit the Stone Museum.

The museum, located in the former house of the Quarry Master, is less than 500 metres from the Sawmill. It is managed by the Association of Friends of the Stone Museum.
It exhibits magnificent objects and documents of the stoneworkers of the past. It shows the techniques of mining, cutting and carving as well as those of transport (steam cranes, overhead cranes, industrial railways). The museum also presents the social conditions of quarry workers (wages, work, clothing, housing) and quarry masters.
The visit can be complemented by the screening of films about stone working or the social condition of the workers.

When schoolchildren or groups of visitors come to the museum, the sawmill is happy to open its doors so that they can compare the work of the past with that of the present.

If you would also like to arrange a visit, please do not hesitate to contact us. We love to show our profession and we always hope that new vocations will be born among the youngest!